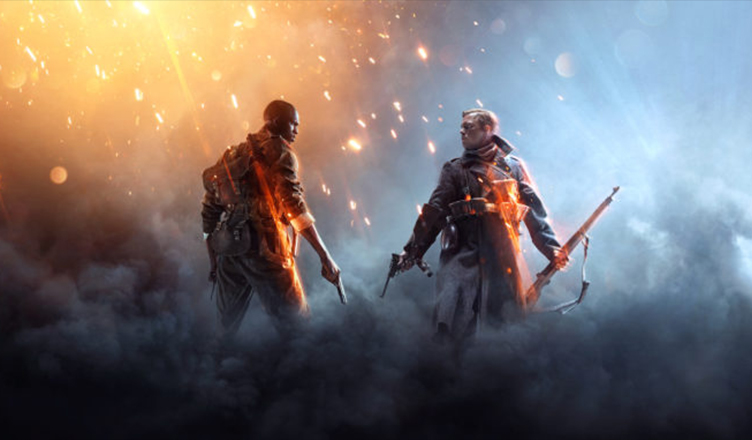 EA Goes Back A Century And Makes It Worth Your While

If you’re a fan of the first person shooter genre, this is one of the greatest weekends of the year. EA Dice has released Battlefield 1 earlier in the week. It’s difficult to be original and unique in such a cluttered market. But EA has done just that with this installment of the Battlefield series. Exploring uncharted territory, they go back 100 years to The Great War, World War I. Many franchises such as Call of Duty have avoided this timeframe due to the belief that it was a dull era. EA took a big chance in making such a risky move. With technology, weaponry, and warfare so outdated and savage…could this possibly make for a fun multiplayer experience? EA sometimes gets a bad rep for releasing unpolished games, but it’s fair to say that Battlefield 1 is a gem right from the moment you launch it. 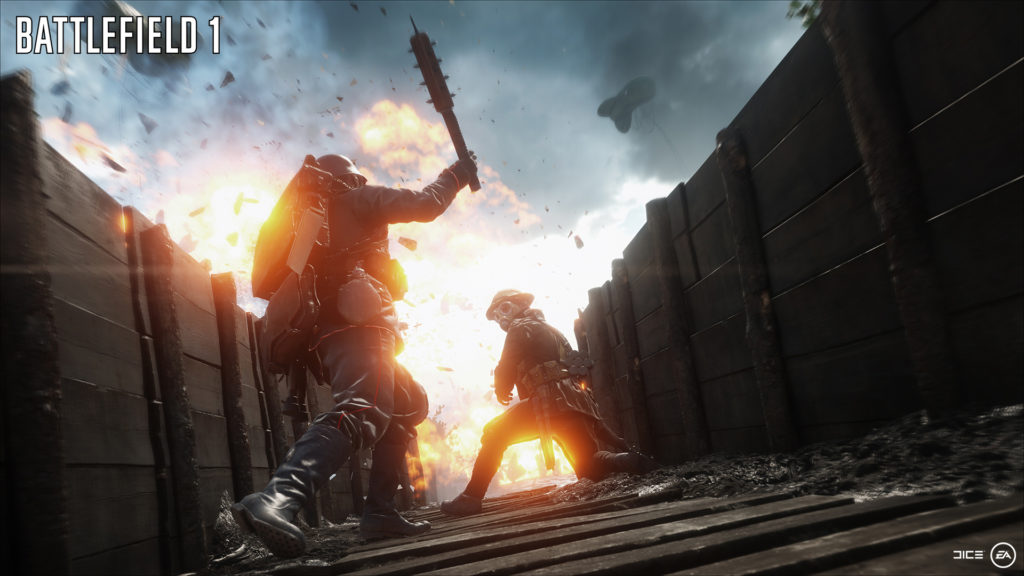 Fantastic Campaign While Your Friends Are Offline

The majority of people play the Battlefield series for it’s amazing multiplayer. But face it, there are times where none of your friends are online or you only have a few minutes and can’t engage to an entire round. That is fine because the single player campaign is bound to leave you with great memories. Although not a traditional linear storyline, the campaign follows the perspective of six different soldiers across six different “War Stories”. The very first one is mildly entertaining, but then the next five will make you want to finish the game in one sitting. The game does an amazing job at demonstrated just how dire and savage the Great War was, where absolute death was common place. By the time you are done with the campaign, you are going to wish it was a few hours longer.

Even Casual Gamers Would Be Addicted To This Multiplayer

The intense and upbeat action found in Battlefield 1’s multiplayer is unmatched by anything in the industry. While the learning curve can be a bit steep compared to games such as Call of Duty, you won’t regret putting in the time. The game does not take the approach of providing the best weapons right off the bat. You have to earn War Bonds as you play to unlock better weapons. This is in stark contrast to the Call of Duty ideology of starting you off with good weapons that can hold their own versus veterans. The multiplayer maps can support up to 64 players (32 vs 32) in large maps that pack a lot of heart racing moments. The game includes 9 maps that range from The Western Front, to the Alps, all the way to Arabia. Currently there is 6 game modes at launch. They include the following. 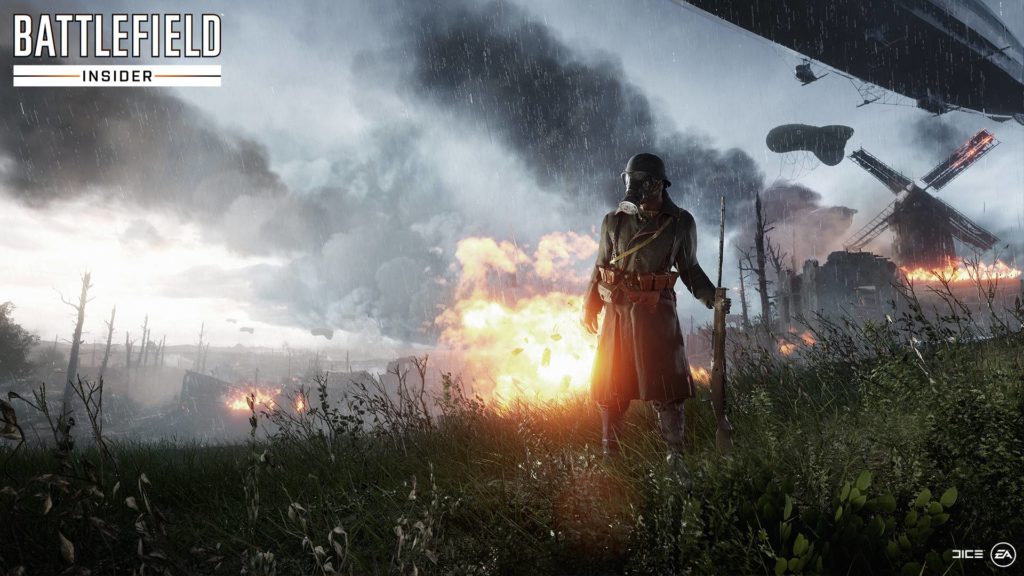 To aid your team to victory, there is a variety of classes to choose from as well as different vehicles you can spawn into to assist your squad. 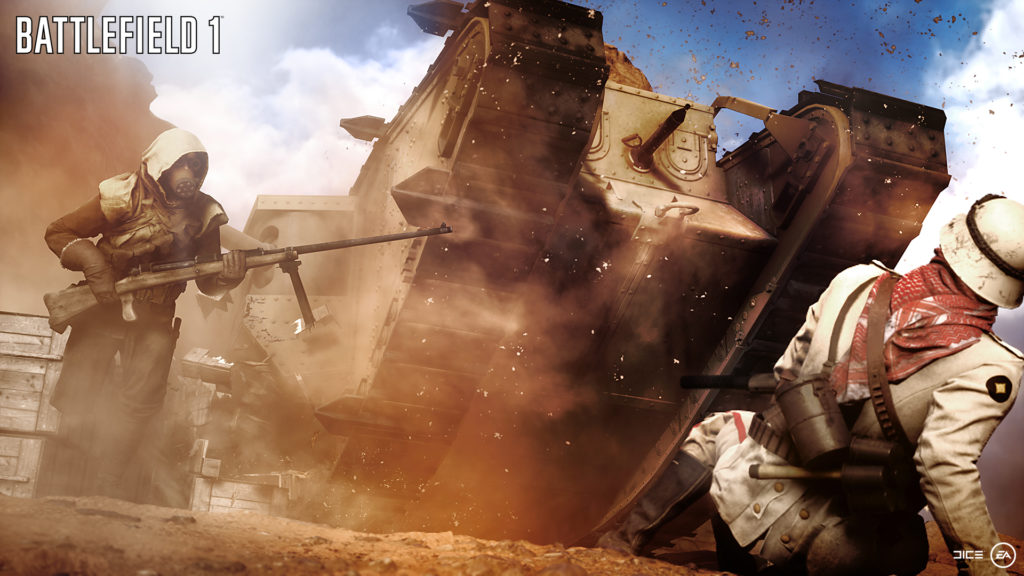 Adrenaline Rush From The Get Go

You’ll never forget the first time you finally load up a multiplayer map. The first time you see these beautiful graphics that portray some amazing scenery. Nothing can replace the joy of jumping into a squad with a few friends online, and spawning on a horse only to find yourself charging the objective. It is a truly unique experience that no other game has been able to capture. You might wonder just how long the charming feel of WWI will last? It’s just not a novelty settings that wears thin, it has plenty of replay value. Many games are going to have a hard time putting down this game in November when Call of Duty: Infinite Warfare comes out. And that’s a lot to say for a game that came out on the same year as Overwatch, Blizzard’s epic first person shooter. 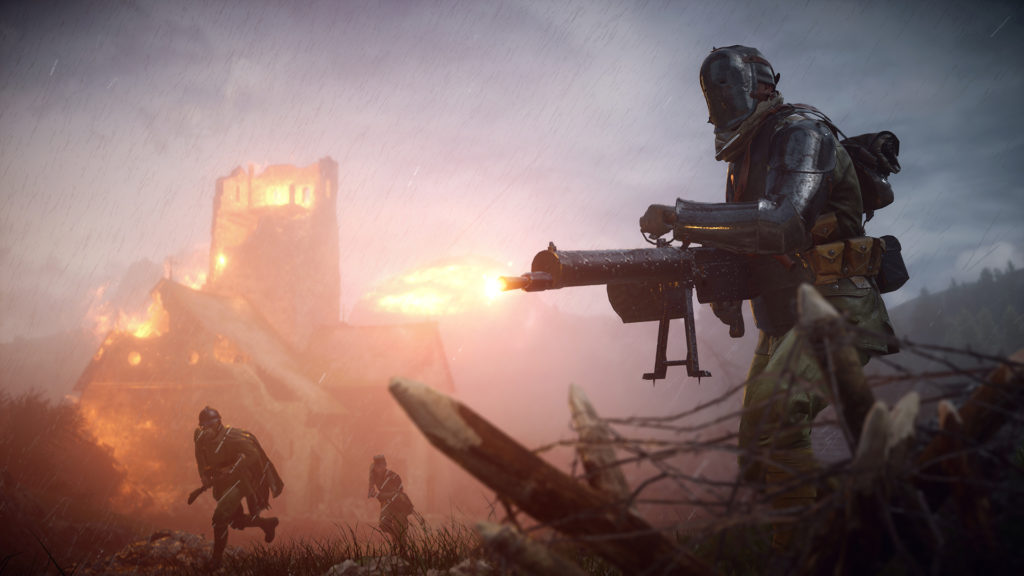 This game just seems to get everything right. You won’t have opposing players spraying and praying because the older weapons are slower, yet still powerful. The bi-planes are incredibly fun to fly and much more capable of causing chaos in the game since it’s a bit slower than the blazing fast Jets used in Battlefield 4. The tanks are slow and some of the passenger views are a bit quirky, but it doesn’t allow for tanks to dominate the game as they so often did in Battlefield 3 and 4. The horses that you can ride into combat are very satisfying, especially when you try to slash opponents with your sword as you ride past them. It’s even fun when an enemy soldier tosses a batch of mustard gas into your area, causing you and teammates to quickly equip a gas mask to survive. While the gas mask is on, you cannot aim down sight to shoot. This adds a whole new element to the game that is refreshing to a genre that has been the same for the past decade. Even the reamped melee system that includes bayonet charges to take down foes nearby makes you shout in excitement. This huge Triple A title was highly anticipated for good reason and was well worth the wait since there is little to no flaws or bugs on launch week, as well as few server issues. We highly suggest everyone to give Battlefield 1 a try, especially if you have a group of friends that can join you in a squad. The multiplayer experience is sure to blow you away. 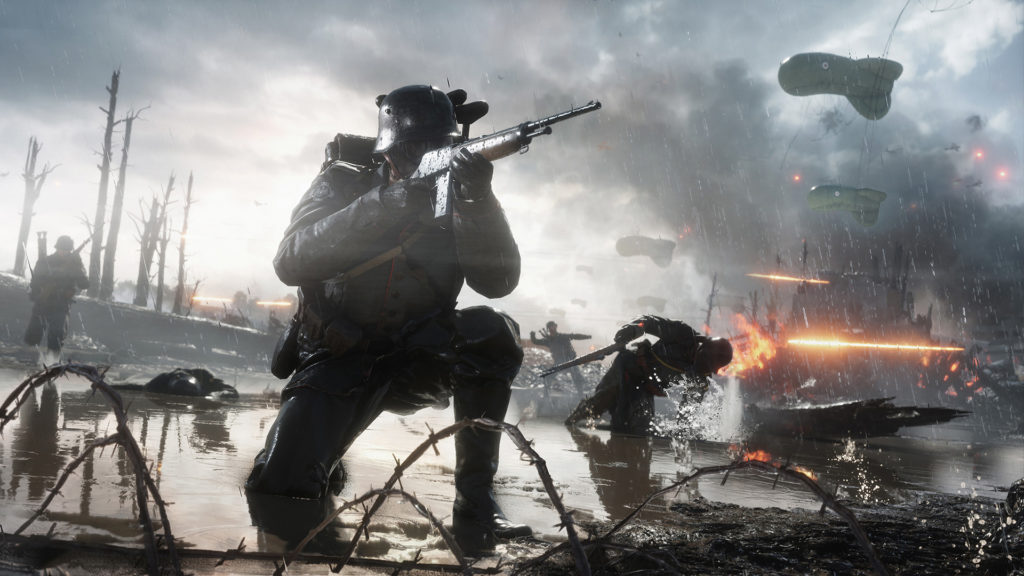